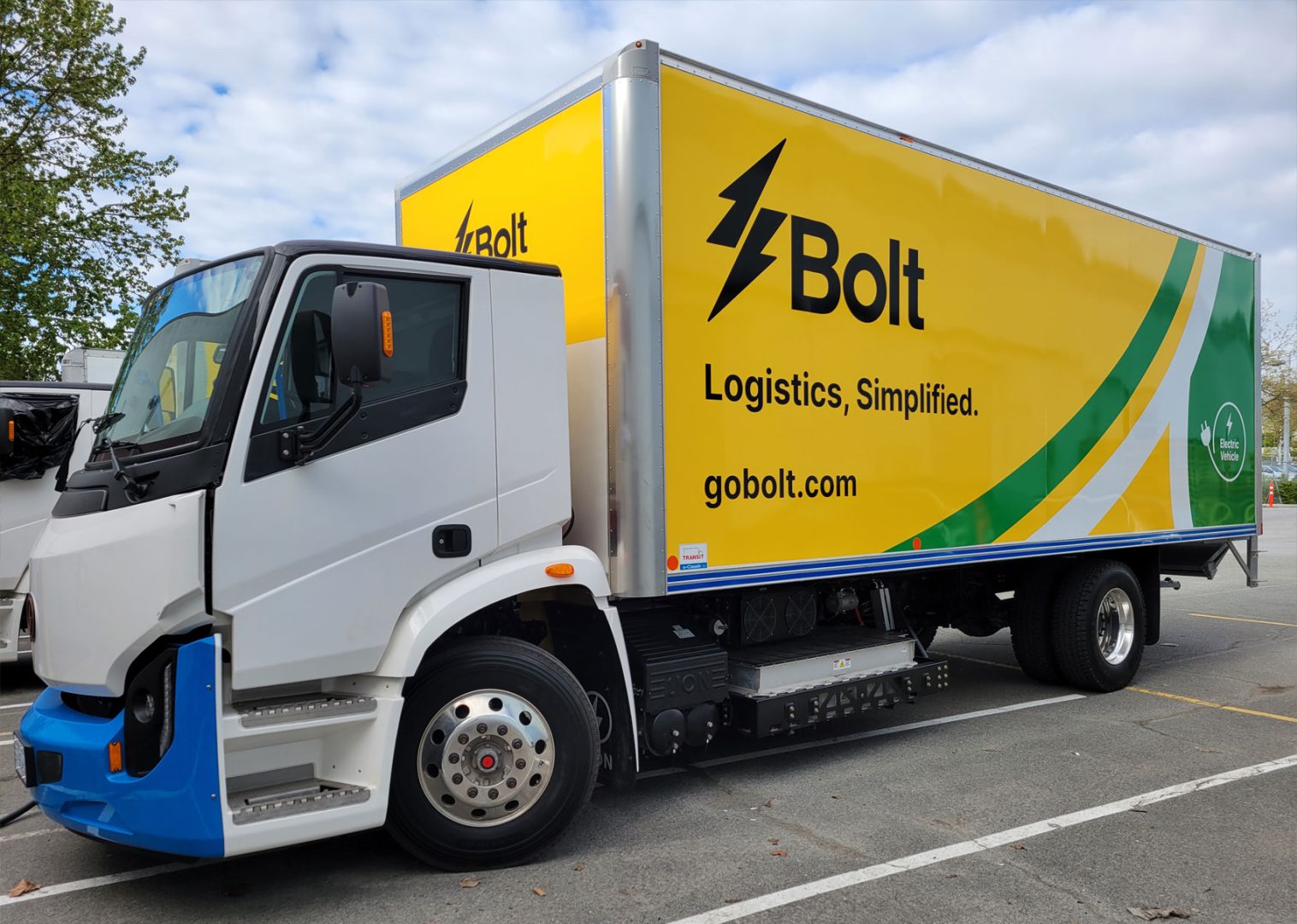 From savings on fuel and maintenance costs to better all-around driveability to reduced carbon emissions to increased driver retention, here are some of the best reasons why you should contact 7Gen to start or accelerate your transition to fleet electrification as soon as possible.

Reason 1: Zero emissions from the vehicle

Just as the name suggests, zero-emission trucks (ZETs) produce zero greenhouse gas emissions. Despite making up just 3% of vehicles on the road, medium- and heavy-duty (MHD) vehicles such as freight trucks and passenger buses are responsible for a staggering 40% of total emissions, and are on a trajectory to surpass emissions from private transport by the end of the decade.

In particular, MHD trucks are the biggest contributor to nitrogen oxide and black carbon emissions. According to the Climate and Clean Air Coalition, “Black carbon has a warming impact on climate 460–1,500 times stronger than COer unit of mass.” Its effect on air quality results in 15,000 premature deaths in Canada each year and $36 billion in social, economic, and public welfare consequences.

Drivers of EV trucks can take pride in the fact that they are helping reduce emissions and operating cutting-edge technology. This, along with the health benefits mentioned below, makes the job more attractive to drivers and makes it easier for fleets to retain them.

Unsurprisingly, fuel management is the biggest expenditure for fleet managers, taking up more than a third of operating costs. As TruckersReport notes, commercial trucks can consume more than $70,000 worth of diesel per year. Of course, this cost is only going to increase as gas prices continue to skyrocket.

By switching to electric, you could see a 75% reduction in energy costs. Generally, ZEVs are two to five times as efficient as their ICE counterparts, and electricity costs tend to fluctuate  much less than fuel costs.

Since ZETs don’t have an internal combustion engine, the only noise they make comes from the sound of their tires against the road and the wind passing over the vehicle. Propulsion noise is virtually silent and remains so at low speeds.

Cutting down on noise pollution might not be your top priority, but it’s something drivers and residents of urban areas both appreciate. Drivers of EV trucks report enjoying driving and feeling less fatigue due to less noise from the drive train operation. What’s more, a study published in Fluctuation and Noise Letters shows that noise pollution due to road traffic is a potential threat to human health, causing adverse effects such as irritation and annoyance, sleep disturbances, cardiovascular disease, risk of stroke, diabetes, hypertension, loss of hearing, and decline in work performance.

Truck drivers often suffer from back pain and even organ issues, such as kidney or liver damage, due to the constant and excessive vibrations caused by ICE vehicles. ZETs offer a much smoother ride, putting less wear and tear on the driver’s body.

This is especially good news since the government of Canada announced in 2021 that the truck-driver industry is currently experiencing a severe shortage of drivers, with thousands of job vacancies across the country. While it’s unlikely that the industry will see a spike in new drivers any time soon, better working conditions could help keep current drivers behind the wheel. Daimler Trucks told electrek that some drivers have even been putting off retirement because of the prospect of working with ZETs, which are much less taxing on the body.

In addition to the considerable savings on fuel, ZETs come with lower maintenance costs than gasoline-powered vehicles in the long run.

“All the OEMs are announcing significant reductions in repair and maintenance costs, an average of 30%. We have seen in the existing electric fleets that these numbers could be even better. EVs have fewer moving parts, with powertrains directly on the axles. There’s no transmission fluid to change. The brakes don’t have to work as hard because EVs use regenerative braking. There are much fewer things to fix or replace,” says Frederic Bel, vice president of marketing and business development at 7Gen.

One report found that the total cost of ownership of ZETs is lower than that of natural gas and diesel powertrains when it comes to light-, medium-, and heavy-duty trucks. While gasoline-powered trucks are likely to require an engine and transmission overhaul, the biggest expenses for ZETs are the brakes and tires. An EV’s battery pack will have to be replaced after the warranty period (between 8 to 12 years), but battery technology is expected to evolve and become less costly over time.

One of the big concerns about ZETs is that they can’t compete with diesel trucks when it comes to payload. While it’s true that some electric trucks can weigh anywhere from 3,000 to 5,300 pounds more than conventional diesel trucks due to their heavy batteries, the sacrifice in payload isn’t consequential.

Moreover, as the technology behind these vehicles continues to advance, they should become lighter. Daimler, for example, has already managed to cut the weight of its eM2 batteries in half from an earlier version. The Gross Vehicle Weight Rating (GVWR) for the eM2 is 26,000 pounds (Class 6) or 33,000 pounds (Class 7). A study out of the University of California’s Institute of Transportation Studies also suggests that batteries will be considerably lighter by 2050.

Unlike ICE vehicles, EVs are capable of reaching peak torque from the get-go, producing immediate, seamless acceleration. Gasoline-powered trucks, on the other hand, take a while to reach peak torque, making them feel more sluggish to drive, especially when you have to make regular stops.

In essence, torque is what gets the vehicle moving and keeps it moving. “The low-end revolutions per minute (rpm) generated by higher levels of torque is what allows the engine of a truck to easily carry heavy loads and move quickly after coming to a stop,” writes Lexi Tucker in Work Truck. For this reason, torque is often considered more important than horsepower when it comes to hauling heavy loads.

You can’t talk about the benefits of fleet electrification without touching upon the available subsidies. In 2021, the government of Canada began investing $2.75 billion towards the purchase of ZEVs and electric infrastructure, such as charging equipment and facility upgrades, as part of its Zero Emission Transit Fund. The 2022 federal budget allocates $547.5 million over four years to launch a purchase incentive program for medium- and heavy-duty zero emission vehicles. It also includes funding to help provinces and territories work toward an ambitious goal: to have ZEVs comprise 35% of all MHDV sales by 2030.

In addition, each province offers their own incentives to EV owners and operators. For example, B.C.’s CleanBC Go Electric Specialty Use Vehicle Incentive program offers $100,000 for every medium- and heavy-duty electric truck purchase, and Quebec’s Écocamionnage allows up to $200,000 in subsidies in some specific cases. 7Gen works with fleet managers to help them find and get the most out of any incentive programs that might apply to them.

If these benefits appeal to you as a fleet manager, then reach out to 7Gen to learn how you can start making the switch to ZETs.

Subscribe to our newsletter to receive the latest news on EVs and commercial fleet electrification and access opportunities you won’t want to miss.